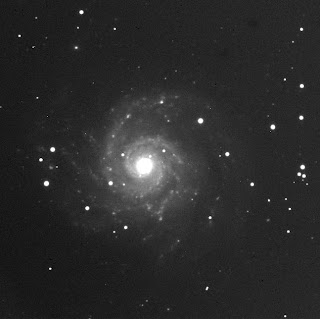 M57 The Ring Nebula in Lyra 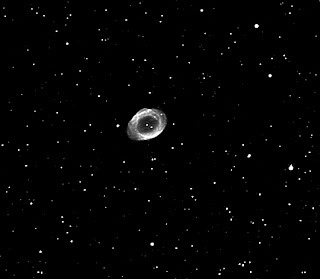 A picture of the ring nebula, one exposition 3 minutes long. 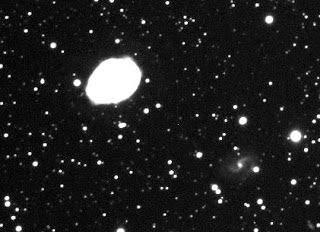 A detail has been contrast enhanced to show the faint background spiral galaxy.
Publicado por Juan Lacruz en 10:52 AM 1 comment:

This object posted on the NEO Confirmation page displayed a tail 30 arc seconds long in position angle 240 degrees.
The observations from La Cañada, confirming the discovery, were published in MPEC 2007-V72 and IAUC 8893
Publicado por Juan Lacruz en 10:45 AM No comments: 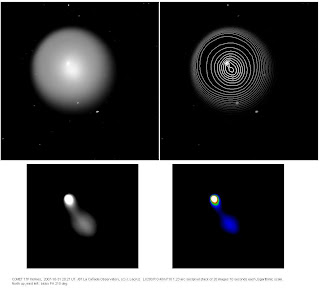 This outburst is very similar to the outburst this comet
experienced in 1892, which led to its discovery by Edwin Holmes
(England) on November 6. He was turning his 32-cm reflector toward M31
and thought that galaxy had entered the field of his finder. Upon
looking through the telescope he saw a comet about 5 arc minutes across
with a bright nucleus. Several people expressed scepticism that Holmes
had discovered such a bright comet, but it was confirmed with the naked
eye by other observers on November 7.

Read the IAUC8886 about this out burst.
Publicado por Juan Lacruz en 1:40 PM No comments: