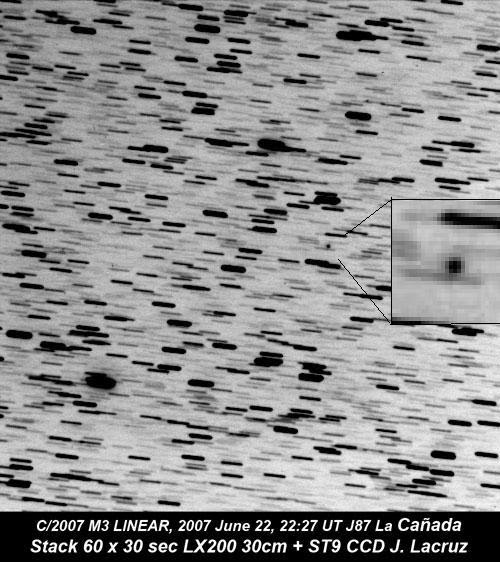 This parabolic comet was posted as BD92298 on the NEO Confirmation Page the night of 2007 June the 22th.

Adding 60 exposures 30 seconds each on the object's movement it didn't show any noticeable comma or tail, the full width half maximun (FWHM) being about 6.3 arc seconds, somewhat wider than similar magnitude sorrounding stars.

Probably the faint star just to the south (below) the comet is hiding any trace of the tiny tail.