Rosario ("Charito") Lacruz Martín (b. 1961) completed her degree
in fine arts at Universidad Complutense de Madrid. A tireless observer
in the group of astronomers who meet at Monte del Pardo, Madrid, she has
complemented the observing sessions with her artistry.


(171396) Miguel = 2006 QH33
Miguel Lacruz Martín (b. 1963) received his doctorate in mathematics
at Kent State University. He has added his mathematical view of nature as an
extra dimension to the observational experience at Monte del Pardo, Madrid.

Second part of the study on the comet-centaur 29P released. 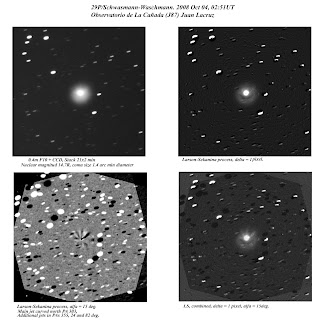 The following picture is a set of 15 images of 2 min exposure each stacked on the comet's movement. The field size is about 27 arc min. 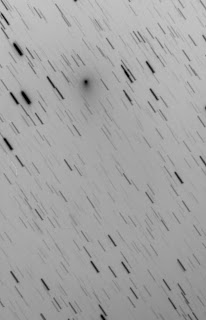 In this cropped and zoomed detail the coma is about 2 arc min wide, if we force the contrast the coma grows to double this size, see Hergenrother's post introducing comet Hartley 2 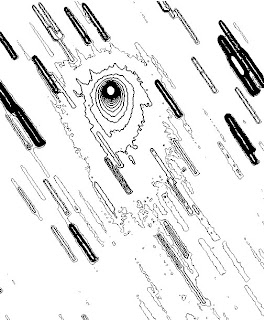 The coma profile above the background level (thin red line) is about 4 arc minutes wide. 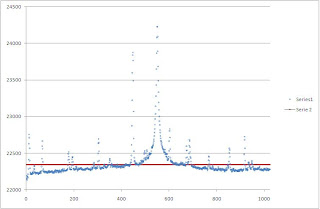 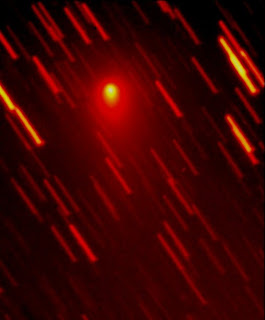 The Deep impact spacecraft will approach 103P Hartley at just 1000 Km on November the 4th.