Comet Lovejoy, an analysis of the inner coma 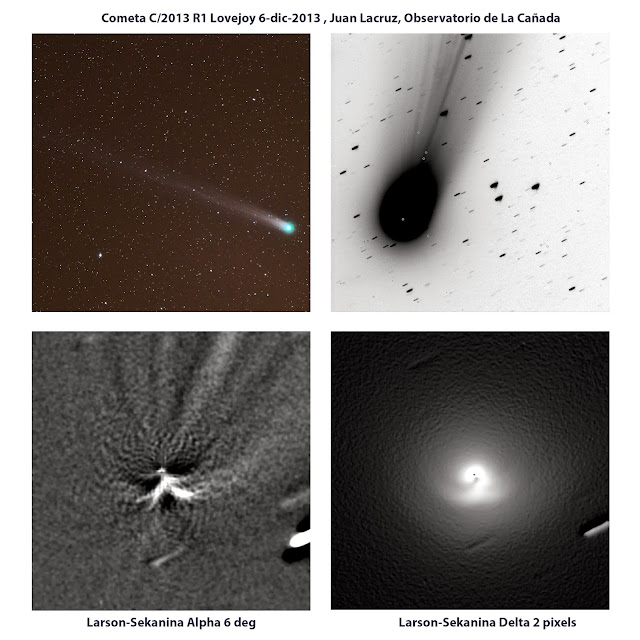 Comet ISON fizzles out at the perihelion

Comet ISON on its passage by the perihelion seems to have fizzled out the remains don't show a nuclear condensation.

As the comet approaches perihelion it looks in good condition, no disintegration yet.

This is the above image aftter being cropped and resized 2x, a false color rendition show better the comma extents.

Comet ISON was hiden by the Sun a few months, now it is visible again, this picture is a stack taken just before the sunrise from La Cañada. 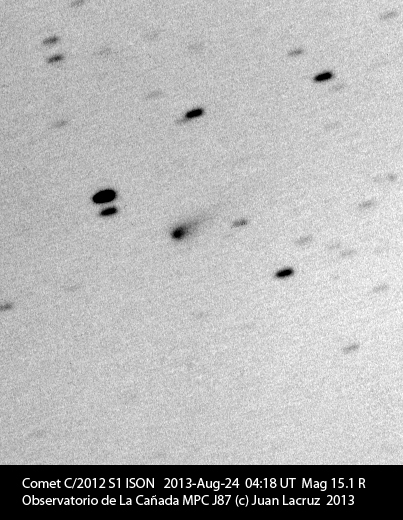 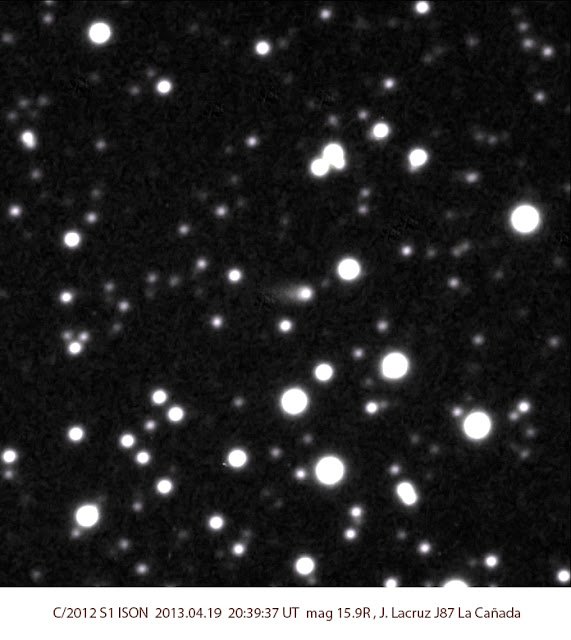 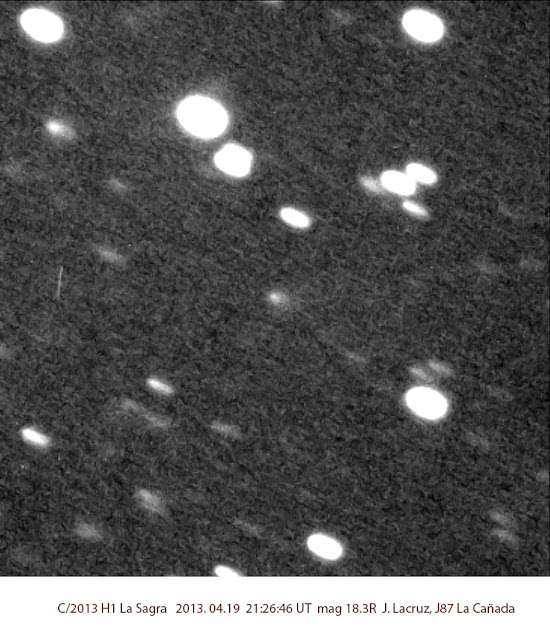 For a while the clouds opened and gave a chance to shot some pictures of this nice comet C/2011 L4  PANSTARRS from Madrid, Spain. The star to right is Gamma Pegasi, Algenib. 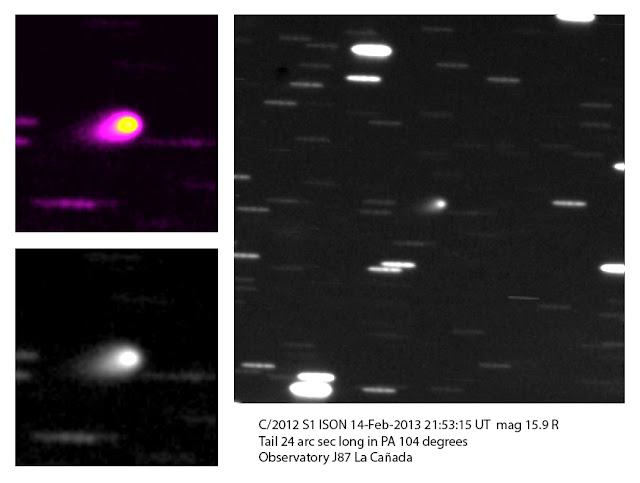 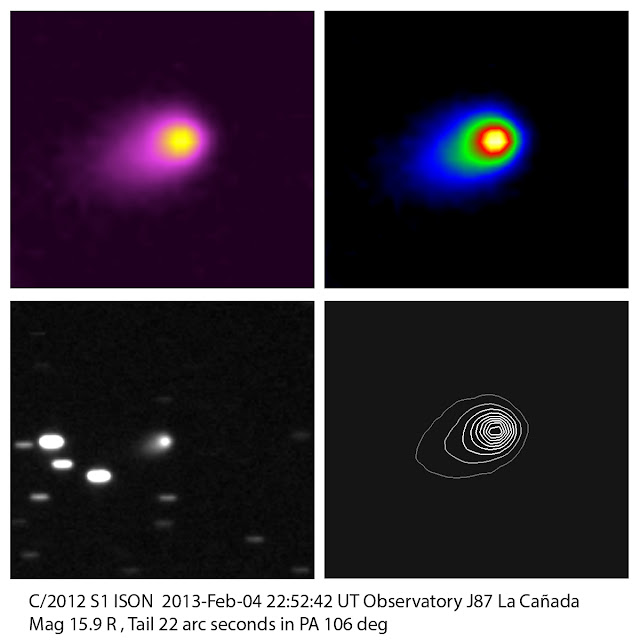 A new amor object with provisional designation 2013 AL11 was observed and confirmed with the 0.40 m telescope at La Cañada, moving quite fast at about 5 arc seconds per minute the individual exposures were limited to 12 seconds to keep the object untrailed. 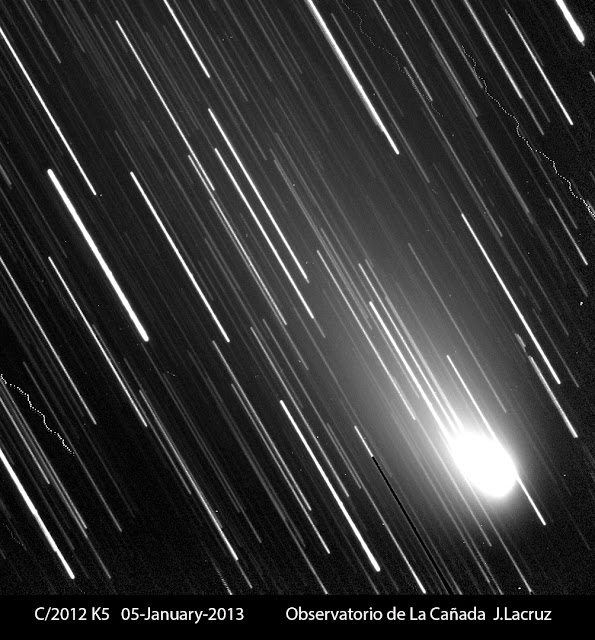 Comet C/2012 S1 ISON, not an obvious comet at the moment, displays a coma size of 15 arc seconds in diameter. This Sun grazer comet is supposed to brighten in its approach to perihelion by 28-November-2013 to become one of these comets to remember.
Publicado por Juan Lacruz en 9:12 AM

January opened with very stable weather at La Cañada, the night of the 4th the average seeing was 2.8 arc seconds which allowed the confirmation followup of the first comet of the year posted on the Minor Planet Center Neo Confirmation Page. Although the comet, at a first glance, doesn't display clear evidences of either coma or tail on the stacked images obtained with the 0.4 m Ritchey-Chretien telescope it definitely stands out from the rest of the sorrounding stars when plotted in a graph of the signal to noise ratio (Y-axis) against the full width at half maximum (X-axis).

Back to the picture, on a more careful inspection, it shows a hint of a tail in the north east direction, measuring the coma size its diameter is around 10 arc seconds.