The comet C/2013 US10 Catalina observed from La Cañada on Dec the 6th 2015 early morning, the straight plasma tail spans some 3.5 degrees and shows a disconnection event better seen in the black and white reversed image.

Email ThisBlogThis!Share to TwitterShare to FacebookShare to Pinterest
Etiquetas: C/2013 US10 Catalina 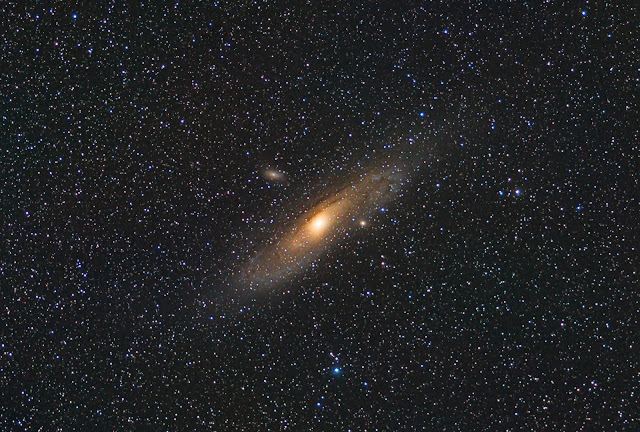 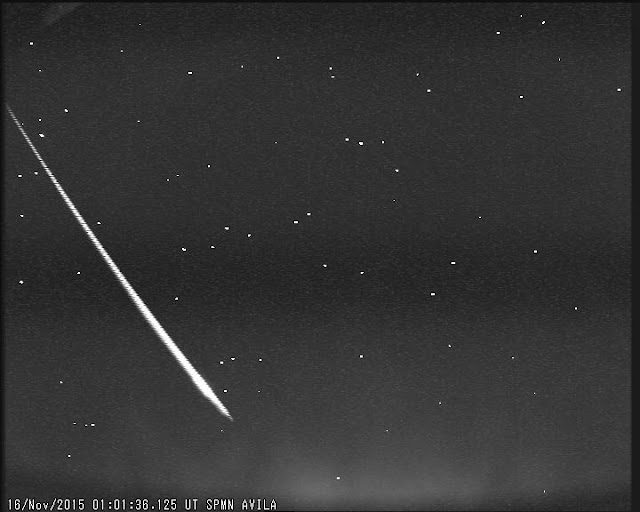 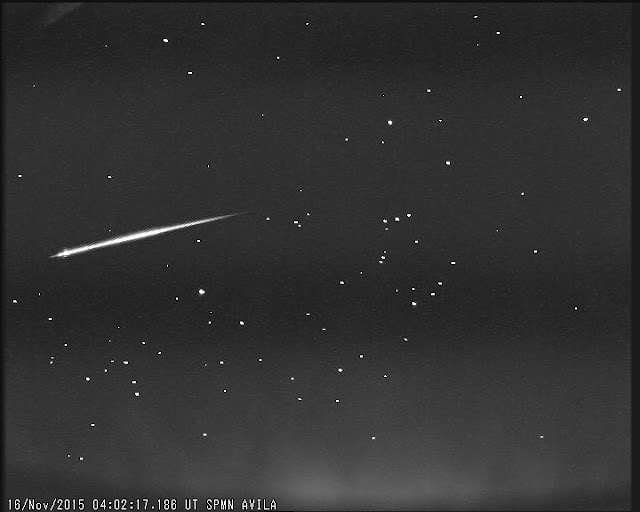 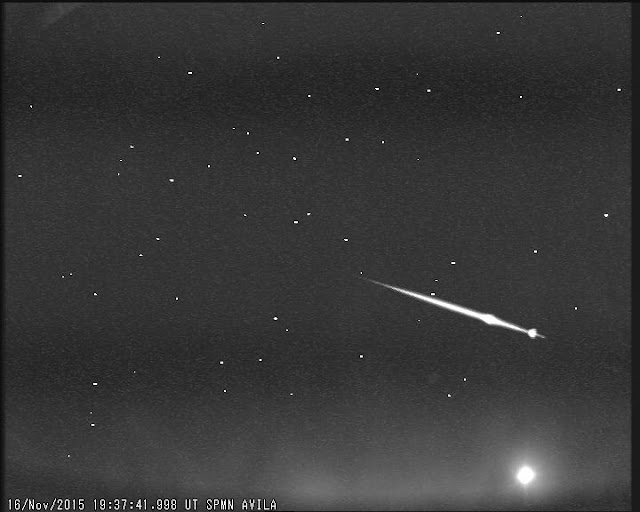 No published elements available. Ephemeris is based on Generalized Väisälä elements based on observations 2015 Nov. 13-14. 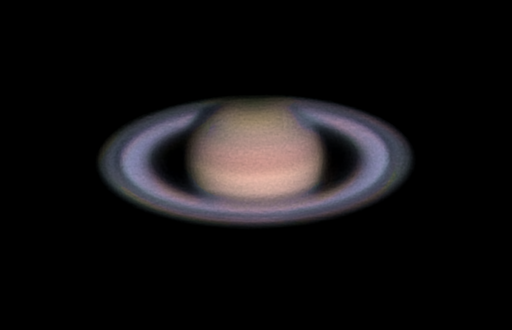 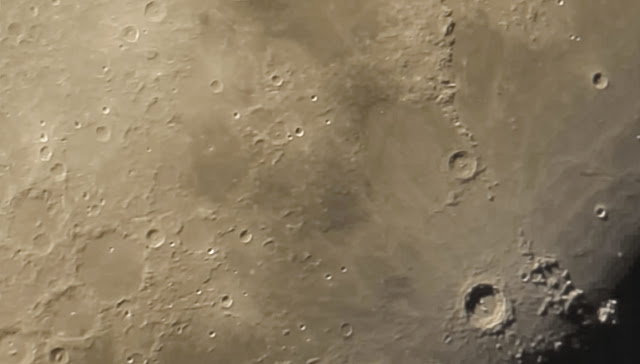 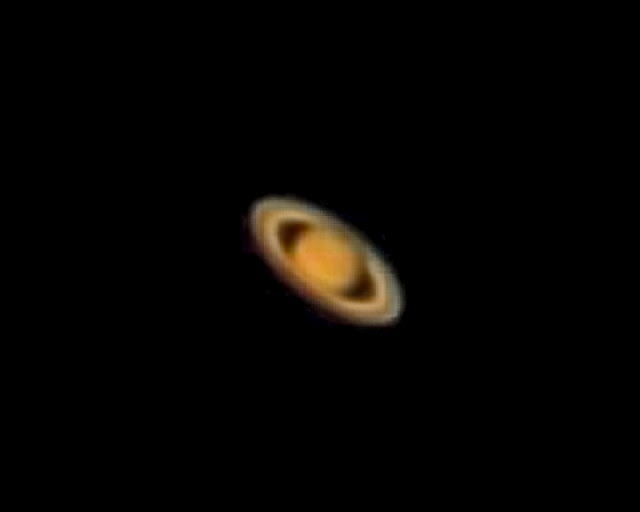 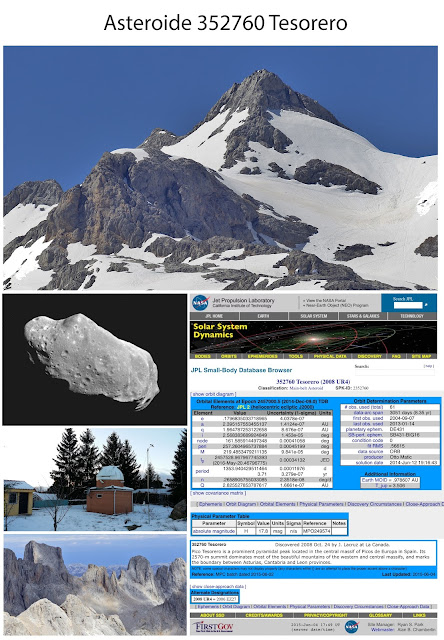 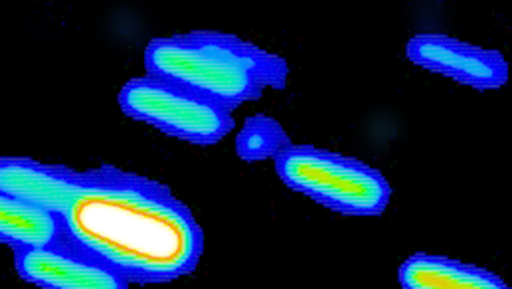 Despite the crescent Moon and some thin cirrus clouds, this is the result of stacking 20 pictures of 45 seconds integration each. Taken with an unmodified Canon 1D MK IV and a zoom EF 70-200 mm F2.8 working at 110mm. In the field of view the Perseus great double cluster, the comet's tail length is about 4 degrees. 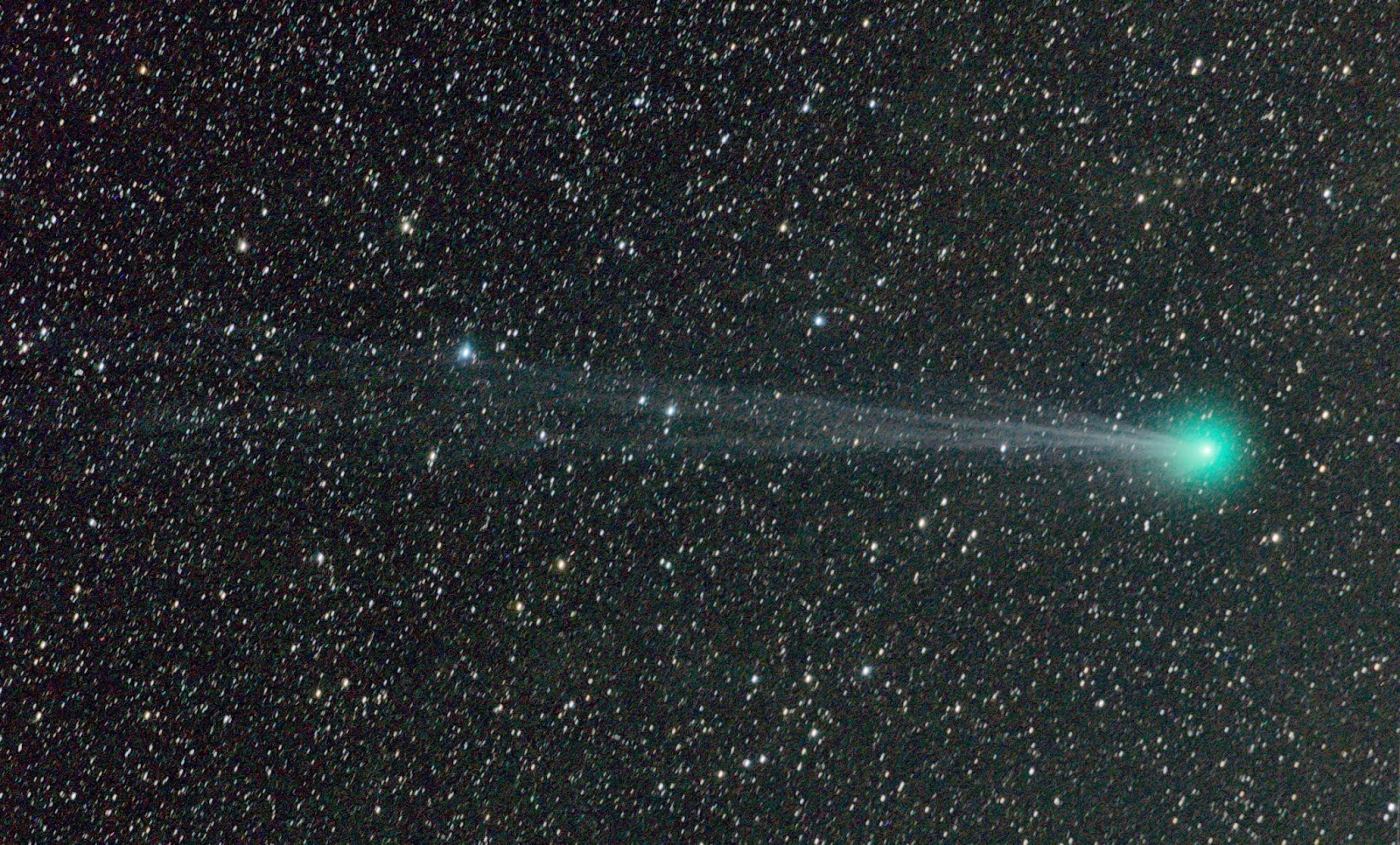 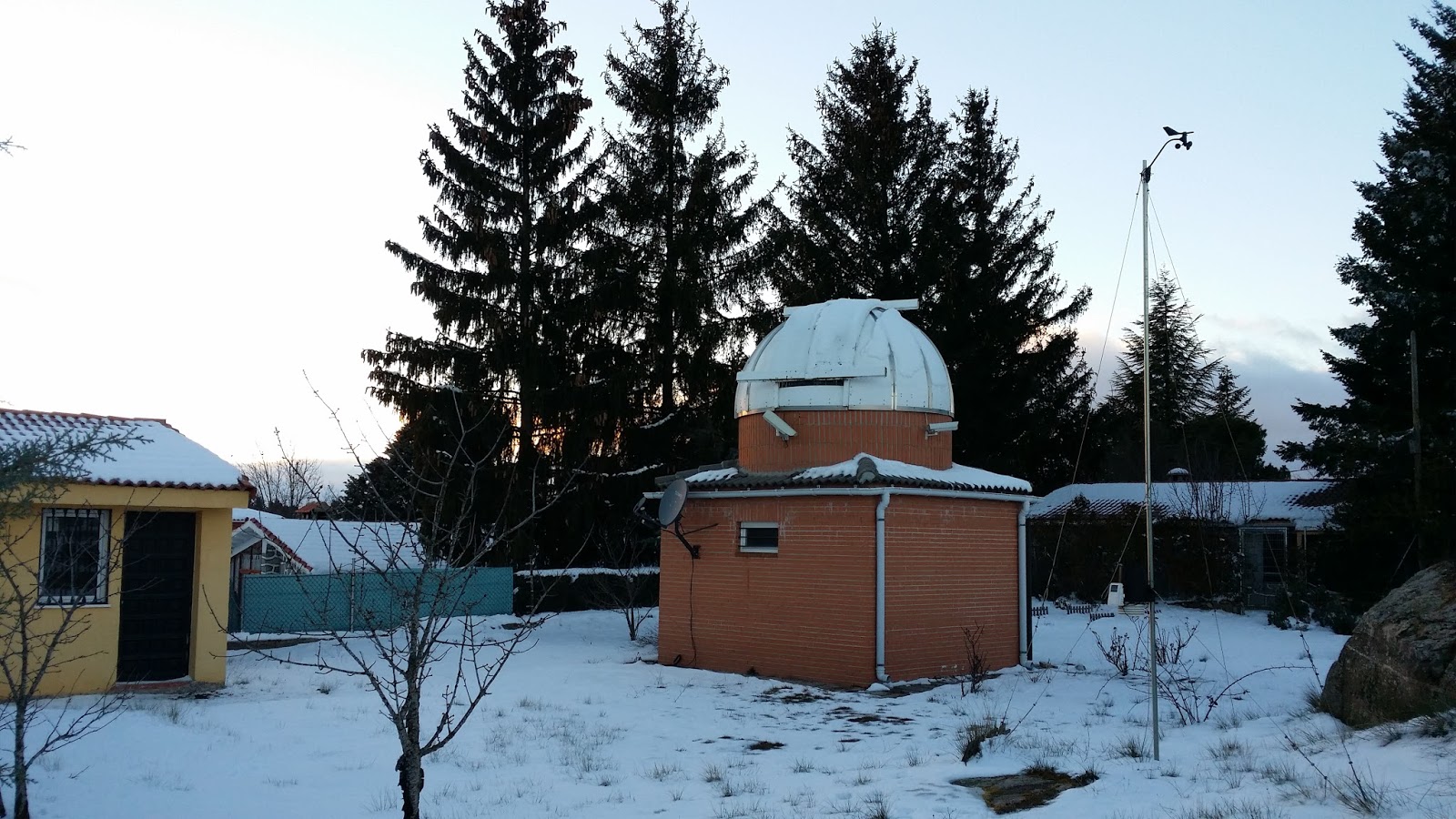 Inner comma study of comet C/2014 Q2 Lovejoy, the Larson Sekanina rotational gradient enhances the many jets of sublimating volatiles. These get ionized by the Solar wind becoming a plasma that gets trapped in the magnetic field lines, as the comet nucleus rotates these plasma streamers form beatiful knots and the comet displays a vivid greenish electric colour. 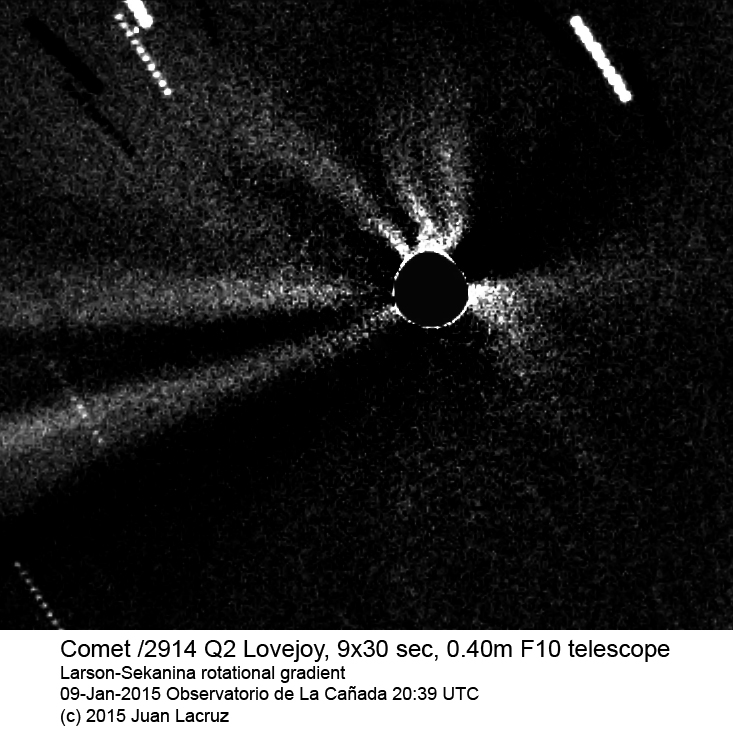 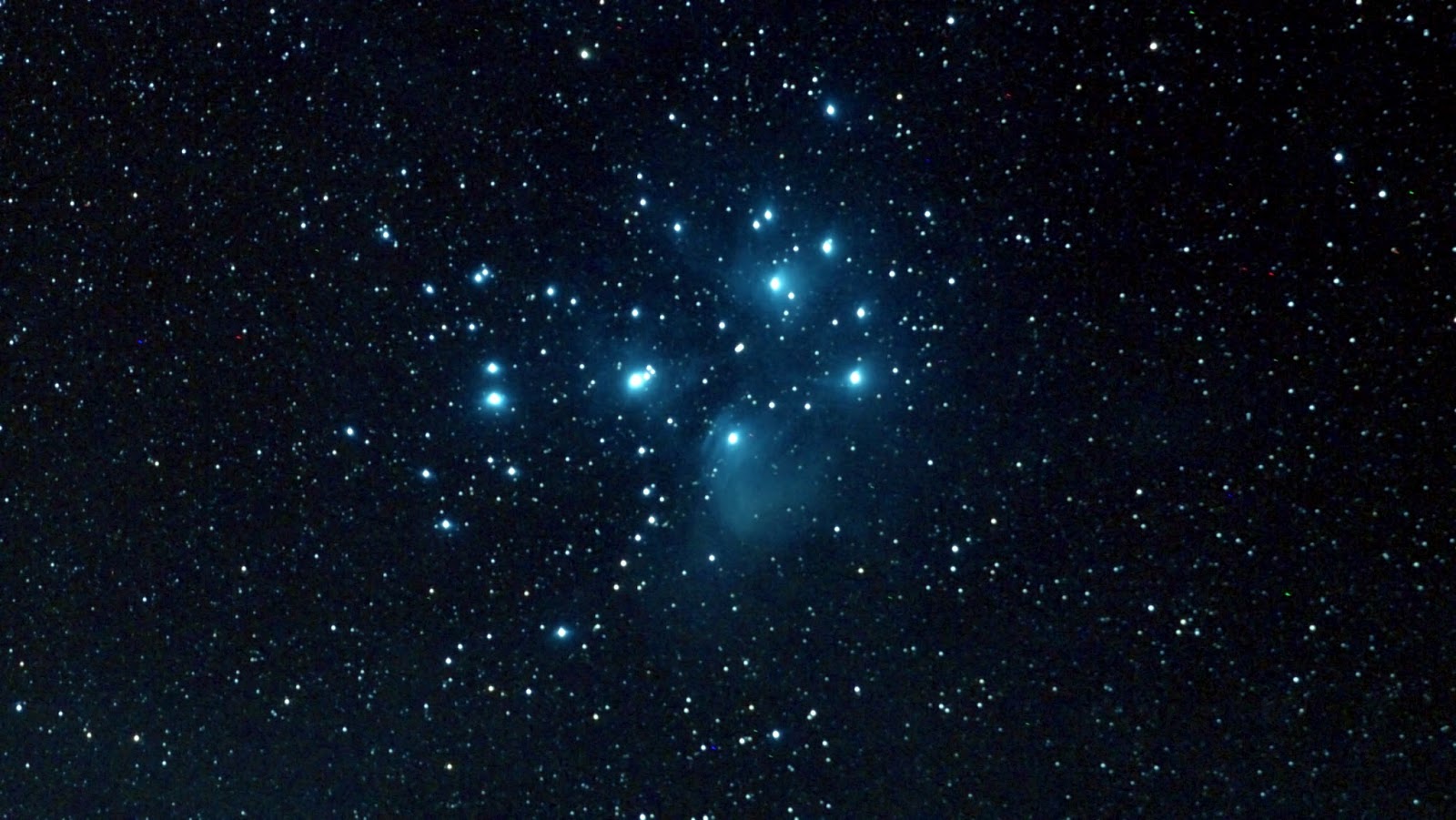 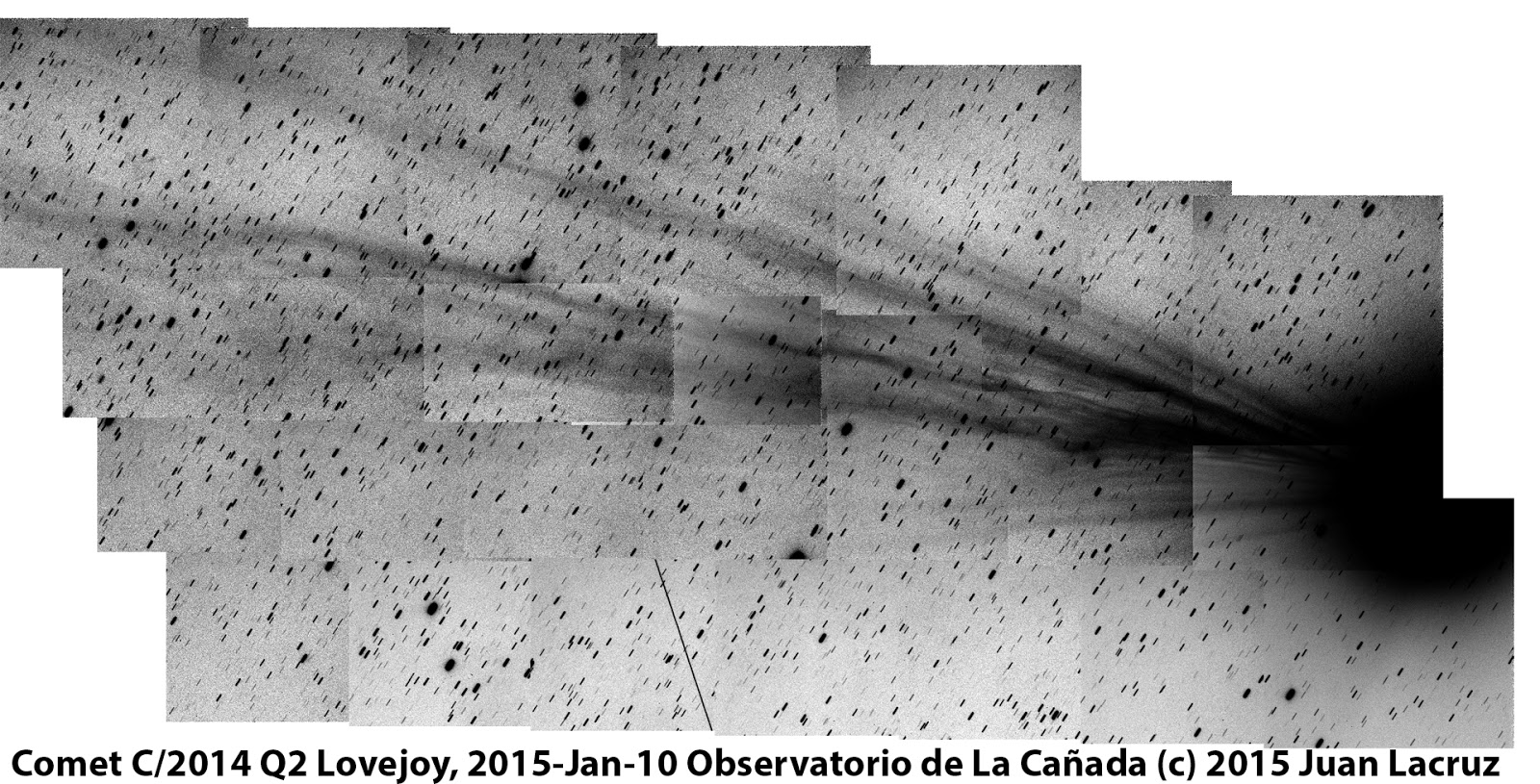 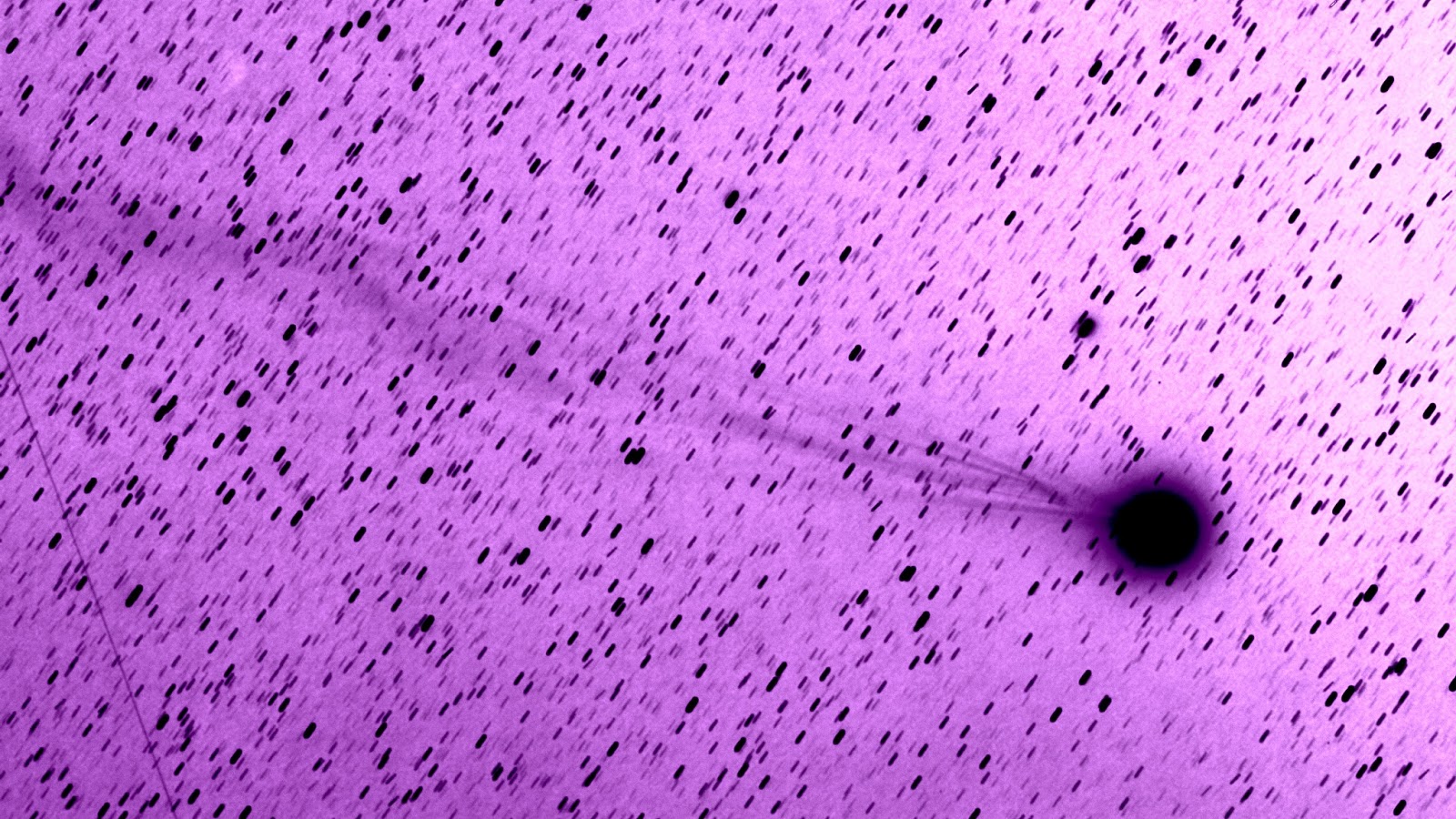 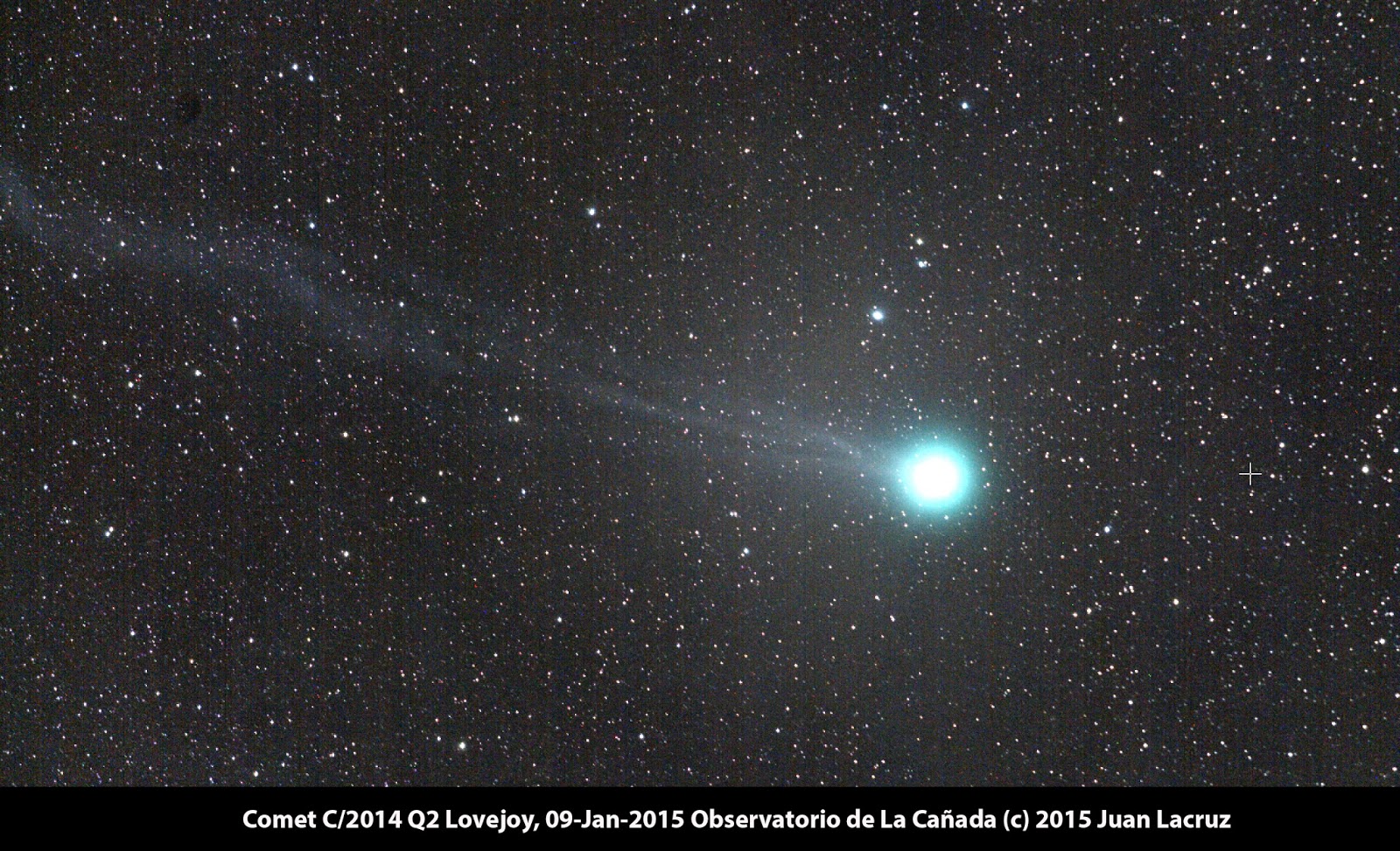 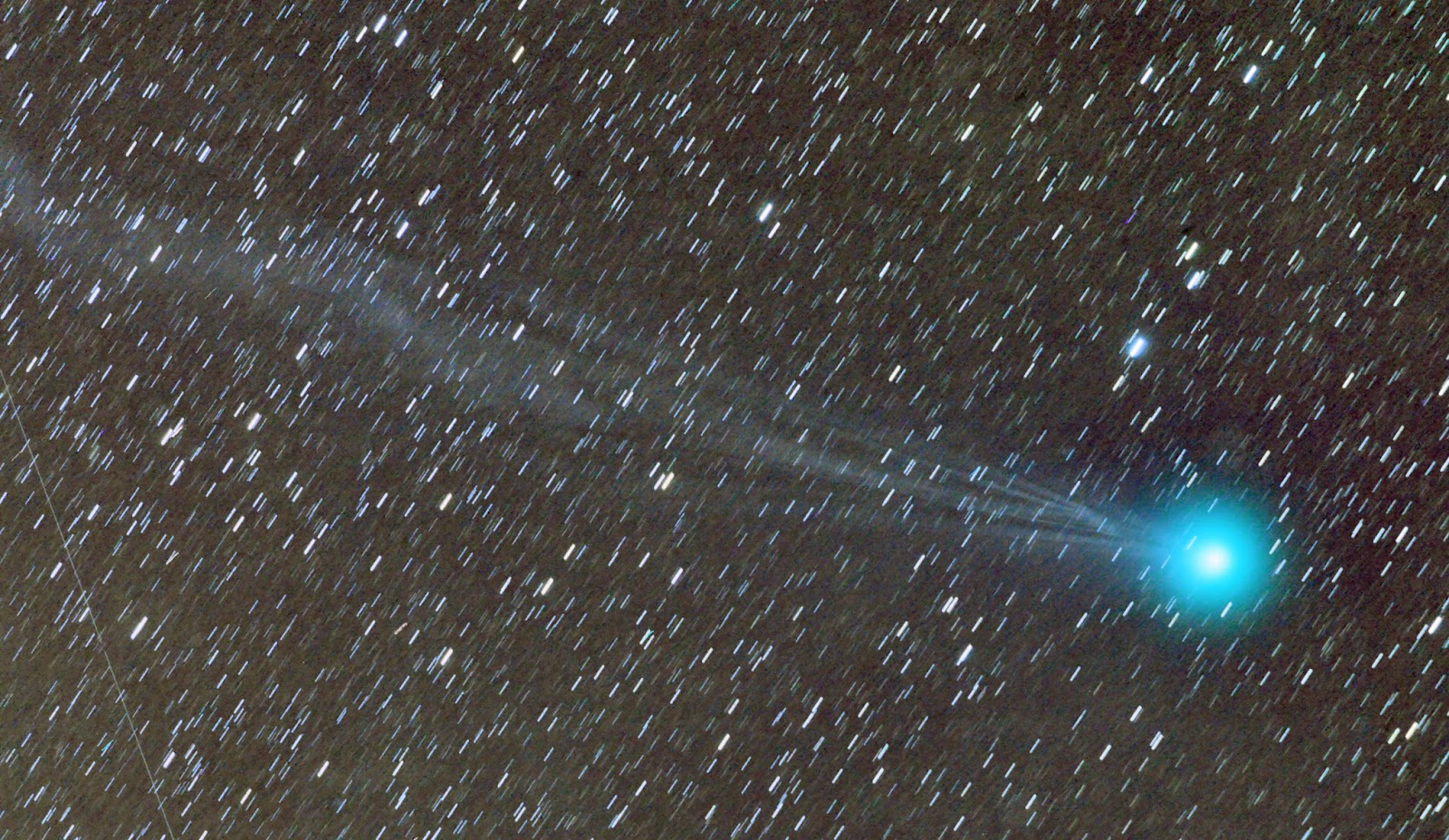